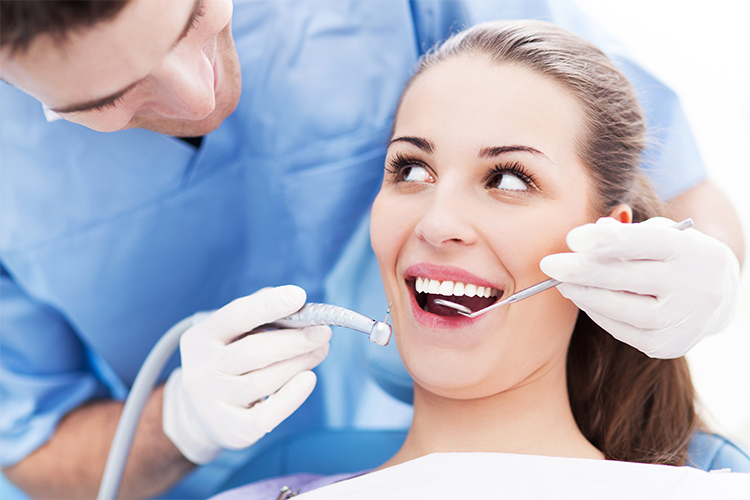 Kerala has established itself as prominent destination of world Leisure tourism for its natural beauty and cultural assets.

Health tourism is any kind of travel to make yourself or a member of your family healthier. Such services typically include, elective procedures as well as couples specialized surgeries such as dental surgeries, cosmetic dental surgeries at an affordable price.

Dental treatment in Middle East, Europe, UK, and America is at least 5 to 10 times costlier than the same treatment in Kerala. Keeping this in mind we propose to you world class dental care and treatment at the clinic along with a complete planned vacation in Kerala.

Dr. Jo Ignatious is also a active promoter of dental tourism under his initiative of dental tourism, recommends his patients for a host of leisure activities in between treatment procedures. Since dental treatment does not involve hospitalization or long recovery time suggests recreational activities include Ayurvedic vacation, a trip to the lush greenery of Kerala. (Athirapilly water falls, Shakthan Thampuran Palace and many more) 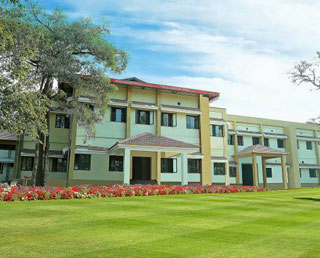 Largest producer of Ayurveda medicines in public sector in India. One among the few Public Sector companies, consistently making profit and paying dividend to Government of Kerala since 1999. Supplies medicine to Government of Kerala for the distribution to common man through ISM Dept. A GMP and ISO 9001-2008 certified company. Produces 450 Ayurvedic formulations - both classical and proprietary. Sole supplier of medicines to Government Ayurveda Hospitals and proprietary. Supplier of Ayurvedic Medicines to Government Hospitals and dispensaries of other states like Madhya Pradesh, Chattisgarh, Pondichery, Rajasthan, Orissa, New Delhi etc. Caters to the need of public through a vast network of 610 agencies spread all over the nation. Governed by dedicated board of directors. 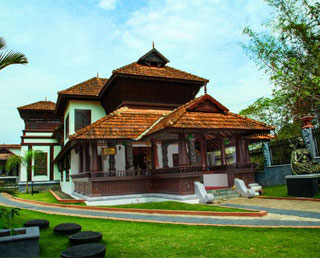 Thaikkattu Mooss family has contributed significantly to the growth of Ayurveda, the science of holistic healing. The tradition of the family dates back to the legendary days of Lord Parasurama. The profound knowledge in all the 8 branches of Ayurveda - Kayachikitsa, Balachiktsa, Grihachikitsa, Urdhwavanga chikitsa, Salya Chikitsa, Visha Chikitsa, Rasayanam and Vajeekaranam – gave the masters the title ASHTAVAIDYAN. The hoary tradition of Thaikkattu Mooss family begins with Sri. Narayanan Mooss and Ittiravi Mooss of the 19th century. In 1924, Ashtavaidyan Narayanan Mooss was awarded the much coveted title of VAIDYARATNAM by Lord Reading., the then Viceroy of India. Vaidyaratnam Oushadhasala was founded in 1941 by Ashtavaidyan E.T. Neelakandhan Mooss, the son of Ashtavaidyan Narayanan Mooss. The Nation conferred upon him Padmasri in 1992 as a recognition of his contribution to the field of Ayurveda. Vaidyaratnam institutions have now forayed into new areas, scripting a new saga of success under the able leadership of Ashtavaidyan E.T. Narayanan Mooss, (Padmabhushan awardee) 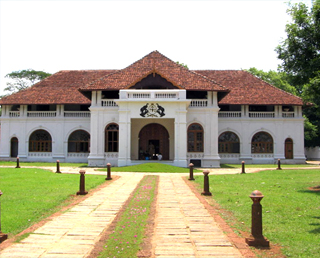 Also known as Palace Thoppu, the campus covers an area of 6 acres. Here you can see three shavakudeerams (tombs) including that of Shakthan Thampuran, the greatest ruler of the Cochin dynasty.Sakthan Thampuran Palace once belonged to the Perumpadappu Swaroopam, the ruling dynasty of Kochi. This was the centre of power of King Rama Varma Sakthan Thampuran, who ruled Kochi between AD 1790 and 1805. His rule was regarded as the Golden Era of the Cochin dynasty. The palace is close to the Vadakkumnathan Temple in Thrissur. Saktan Thampuran is credited with the introduction of the Thrissur Pooram festival, an annual festival in May with teams representing the Parmekavu Bhagavathy temple and Tiruvambadi Krishna temple competing for primacy in front of the Vadakkumnathan temple with elephants, percussion, drums, fireworks, etc. The palace was once known as Vadakkechira Kovilakam and it was the king who renovated it into the present form. The palace keeps with it the historical remnants of some important events like the visit of Tipu Sultan with his army. 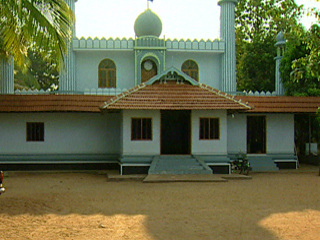 Located 2 km from Kodungalloor town, this mosque resembles a Hindu temple in appearance. Built in 629 AD, this is the first mosque in India and the second in the world where Juma prayers were started. Other places of interest nearby include the ancient Thiruvanchikulam Temple, Cheramanparambu, the Bhagavathi Temple and the Portuguese Fort.In the 7th Century, a group of Arabs led by Malik Bin Deenar and Malik bin Habib arrived in Thrissur District constructed a Masjid at Kodungalloor, naming it after their contemporary Cheraman Perumal. The mosque has an ancient oil lamp which always burns and which is believed to be more than a thousand years old. People of all religions bring oil for the lamp as offering. Like most, this mosque allows entry for non-Muslims. The then president of India Abdul Kalam is among the notable visitors to this mosque. 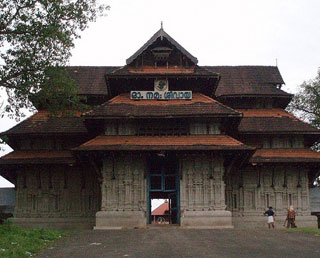 Vadakkunnathan Temple is an ancient Hindu temple dedicated to Shiva at city of Thrissur, of Kerala state in India. This temple is a classic example of the architectural style of Kerala and has monumental towers on all four sides and also a kuttambalam. Mural paintings depicting various episodes from Mahabharata can be seen inside the temple. The shrines and the Kuttambalam display vignettes carved in wood. The temple, along with the mural paintings, has been declared as a National Monument by India under the AMASR Act. According to popular local lore, this is the first temple built by Parasurama, the sixth avatar of Vishnu. Thekkinkadu maidan, encircling the Vadakkunnathan Temple, is the main venue of the Thrissur Pooram. Non-Hindus are not allowed to enter into the temple.In the year 2012 the Archaeological Survey of India (ASI) has recommended 14 sites, including Vadakkumnathan Temple and palaces, from Kerala to include in the list of UNESCO World Heritage Sites. 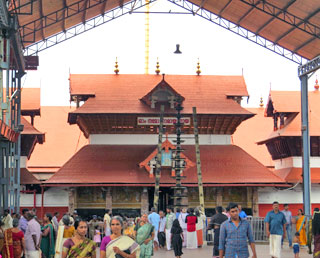 Guruvayoor is one of the most sacred and important pilgrim centres of Kerala. Its main attraction is the Sree Krishna Temple. This historic temple is shrouded in mystery. According to belief, the temple is the creation of Guru, the preceptor of the Gods, and Vayu, the God of winds. The eastern nada is the main entrance to the shrine. In the Chuttambalam (outer enclosure) is the tall 33.5 m high gold plated Dwajasthambam (flag-post). There is also a 7 m high Dipastambham (pillar of lamps), whose thirteen circular receptacles provide a truly gorgeous spectacle when lit. The square Sreekovil is the sacred sanctum sanctorum of the temple, housing the main deity. Within the temple there are also the images of Ganapathy, Lord Ayyappa and Edathedattu Kavil Bhagavathy. Only Hindus are allowed inside the temple. 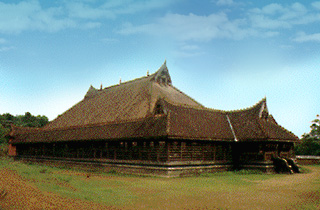 The inception of Kalamandalam gave a second life to three major classical performing arts of Kerala as Kathakali, Kudiyattam and Mohiniyattam were, by the turn of the 20th century, facing the threat of extinction under various regulations of the colonial authorities. It was at this juncture, in 1927, that Vallathol Narayana Menon and Mukunda Raja came forward and formed a society called Kerala Kalamandalam. They solicited donations from the public and conducted a lottery in order to raise funds for this society.[2] Kerala Kalamandalam was inaugurated in November 1930 at Kunnamkulam, Kakkad, and was later shifted to the village of Cheruthuruthy, just south of Shoranur in 1933. The Maharaja of Cochin donated land and a building. Subsequently, a dance department was started to revive Mohiniyattom. Kerala Kalamandalam has been functioning as a grant-in-aid institution under the Cultural Affairs Department, Government of Kerala. In 2006, the Kalamandalam was accorded the status of 'Deemed University for Art and Culture' by the Government of India. In 2010, University Grants Commission (India) has given 'A' category status for Kerala Kalamandalam. Kalamandalam is the only deemed university in Kerala state accorded the prestigious status.